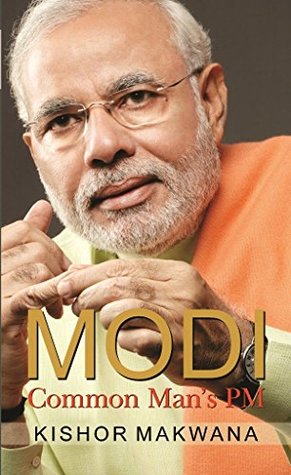 This book is a worth-reading, prolific and insightful life-sketch of the torch-bearer of Indians. It is about common man’s Prime Minister Narendra Modi who has become a ray of hope for 125 crore Indians—from a humble farmer to an ambitious industrialist—having taken the route to good governance after being sworn as India's Prime Minister in May 2014.
The game-changer of Indian politics, Modi had taken the mesmeric hold over Gujarat masses with three consecutive victories in the state assembly elections and was a senior campaign adviser drawing unprecedented crowds for Lok Sabha 2014 elections. After getting elected PM, Modi is often echoed in 24x7 Breaking News on media channels and enjoys good rapport with the top world leaders whom he visited during his six months of Prime Minister-ship. The insightful leader led India at the India-ASEAN Summit, G-20 Summit and had bilateral meetings with the leadership of countries like US, Japan, China and other neighbouring countries of India. He has launched new avenues of cooperation with the countries with which India has deep historical and cultural ties over centuries. His initiatives like 'Make in India' and 'Swachchha Bharat Abhiyan' have been widely lauded. Modi has called for innovative effort to make renewable energy, especially solar energy, competitive with conventional energy and pitched for global cooperation on repatriation of black money.