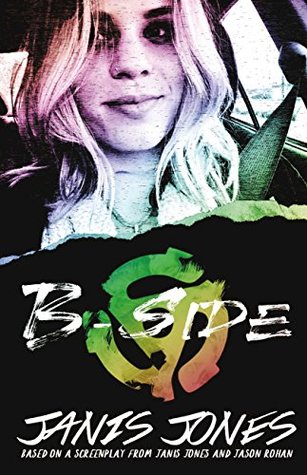 So many ways to spend your anniversary night. Praying your partner survives a vicious assault by an unknown attacker is not high on the list, but for LAPD detective Mara Bays, this is reality.

Theories abound - a gay hate crime, a random assault, a revenge attack - but no leads. When her personal connection shuts her out of the investigation, Mara must rely on her colleagues to handle the case.

Mara's story unfolds in flashback: hurting as she buries her younger Marine brother, she turns to her detective partner, Derek, and their short, intense relationship blossoms and fades. They remain friends but later Mara surprises herself by falling for Casey, a girl's girl. It is Casey who opens the door to the would-be killer, posing as a flower delivery man.

Casey recovers but, haunted by panic attacks, she relives the assault, knowing whoever di it is still out there, watching.

With no leads, the case goes cold and life resumes. Mara and Derek spend more work time together. Derek's ex-partner, Larry, joins them at a shooting range and tries to relive past glories. He misses the old days.

Casey and Mara have a huge fight over Derek. Mara becomes defensive and angry that she isn't trusted.

Casey suffers another flashback and collapses. A furious Mara blames herself and vows to find the person responsible.

Scouring the case file, she searches for any overlooked detail. Then, it hits her: the attacker was delivering flowers. Working the phone book, she checks every florist who might remember an unusual order. With a sketchy description, she puts out the word for a perp with a distinctive tattoo.

Within hours, the suspect turns up dead in what looks like a drug deal gone bad. Case closed.

Mara tells Casey, who is overwhelmed on hearing the thug left a young wife and baby. Over Mara's protests, she sends a condolence gift. Mara delivers it to the widow and learns that the victim is Larry's nephew.

Mara confronts Larry at his apartment: he put his nephew up to the attack, then silenced him. the only question is why. Larry confesses that he did it as a favor to Derek. With Casey out of the way, they could get back together.

At home, Derek waits for Mara. He knows what's coming but needs to settle the score. Mara arrives to find a drunken, enraged Derek who has never gotten over the end of their affair, and worse, feels dumped for a woman. He attacks Mara, beating her to the ground before grabbing his service pistol to finish the job.

Thinking quickly, Mara swings the vodka bottle he was emptying and disarms him, before the police arrive.

The Dead Room Deep as the Rivers This Won't Scale: 41 Plays From The Drift Marketing Team To Help Your Business Cut Through The Noise, Grow Faster Than The Competition & Thrill Your Customers Come Away with Me She Who Stole Cupid's Arrow Germinal Remember Me and You, A Devil's Kettle Romance: Book 3 The Break: A Gritty, 90s Gangland Thriller Set in London's Soho From The World Snooker Champion (Soho Nights Book 3) Wonder Plants: Your Urban Jungle Interior The Religious Affections